Brazzaville, Congo – June 03, 2021 – The International Non-Governmental Organization Mercy Ships, in partnership with the MSC Foundation, today handed over a donation of personal protective equipment (PPE) to the Republic of Congo. The donation, valued at 65 million CFA francs, is part of the national response to the Covid-19 pandemic and includes 74,300 pieces of surgical gowns, medical protective glasses, masks, gloves, surgical gowns, and shoe covers. The equipment is intended for health care workers in Covid-19 centers, as well as for surgeons and staff in operating rooms and specialized services for the management of diseases with epidemic potential. 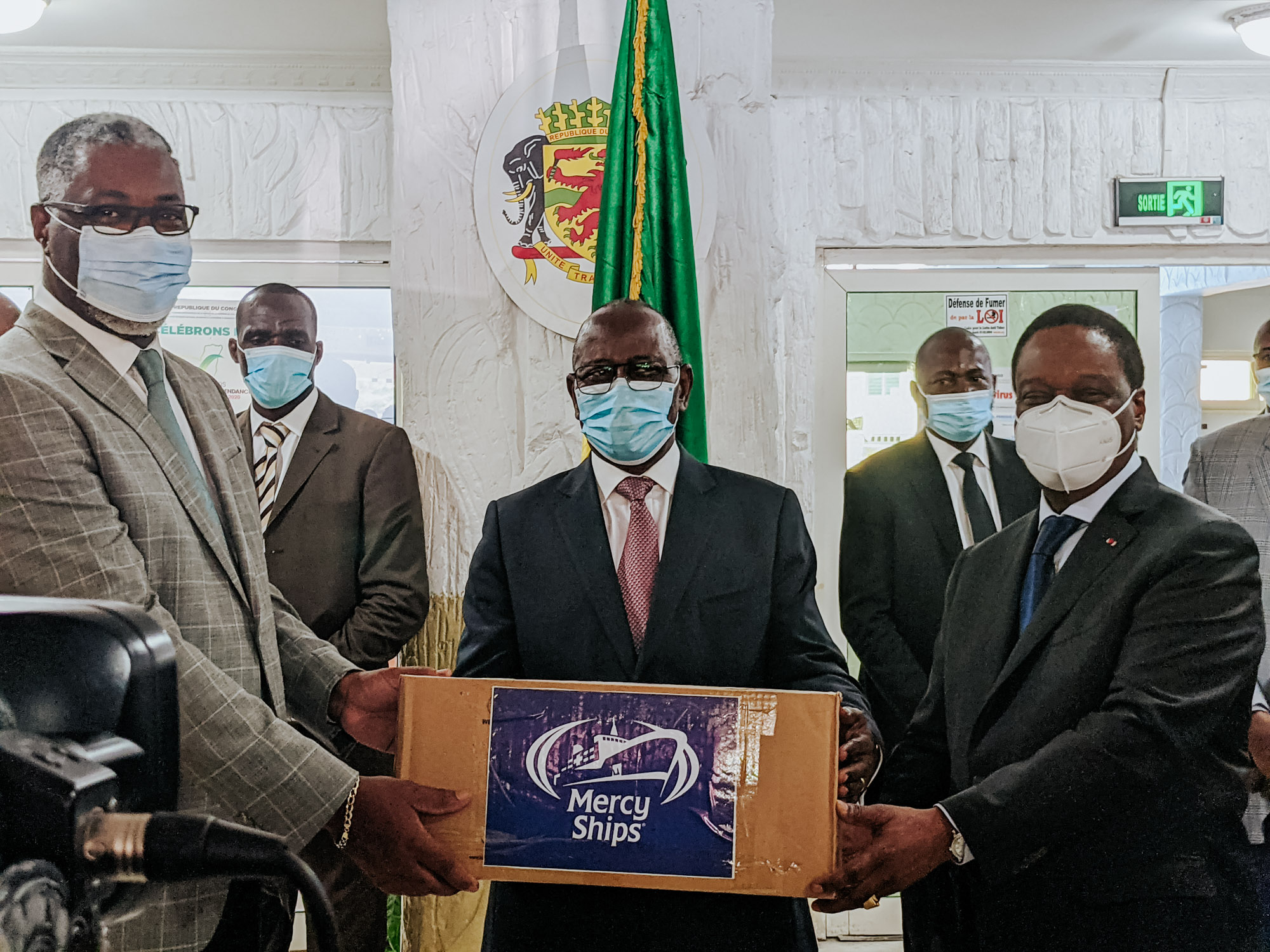 The donation was officially handed over to Mr. Gilbert MOKOKI, Minister of Health and Population, by Dr. Pierre M’PELE, Regional Director of Mercy Ships Africa, in the presence of Dr. Lucien MANGA, WHO Resident Representative in Congo.
Dr. M’PELE reassured the Minister of Health that Mercy Ships will continue to support the Republic of Congo in every way possible and necessary.

He also thanked the WHO office in Congo for its technical and logistical support in this operation, reminding the role of WHO Congo in the delivery in April 2020, on behalf of Mercy Ships, of the first donation of 500 outfits of personal protective equipment to the Adolphe Sicé Hospital in Pointe Noire. Mercy Ships and the WHO Regional Office for Africa signed a Collaboration Agreement in August 2018 to together support Africa in its health development especially in the area of access to surgical care.

Receiving a sample of the above-mentioned donation, the Congolese Minister in charge of Health and Population, on behalf of the Government of Congo, warmly thanked Mercy Ships and appreciated this donation which constitutes an important contribution to the efforts made by the government in the management of the response against COVID-19. He stated that this donation is “timely” and will be very useful to the Congolese health workers who will be better equipped to serve the Congolese population. He said that the donation from Mercy Ships will be used “wisely”.

Mercy Ships conducted a humanitarian mission in Congo from August 9, 2013 to June 1, 2014, during which 2,511 operations were performed, 19,081 dental procedures were provided, and the medical capacity of 597 health professionals was strengthened. As a result of this mission, major renovations were completed at the Loandjili General Hospital and the Lion’s Club and Caritas Health Centers.

The International Non-governmental Organization Mercy Ships works to provide access to safe, quality surgical care in Africa. The organization deploys its hospital ships to provide free, high quality surgery to the most vulnerable.

Founded in Switzerland in 1978 by Don and Deyon Stephens, Mercy Ships has country offices in 16 countries in Europe, Asia, and Oceania and an International Support Center based near Dallas, Texas. The Mercy Ships Africa Regional Office headquartered in Cotonou, Benin has been operational since July 1, 2017 and is in charge of cooperation between Mercy Ships and African countries. 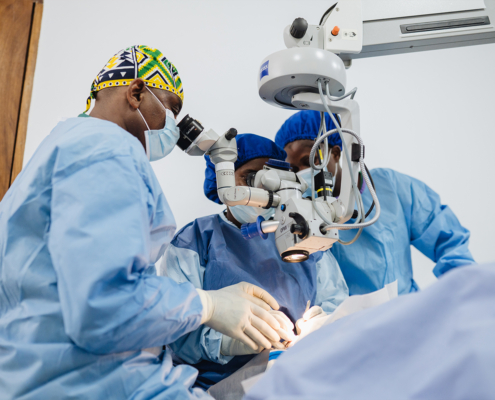 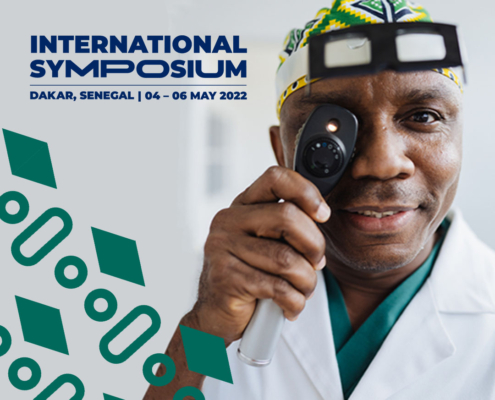 Celebrating Africa Day with Dr. Pierre M’Pelé: “We have to believe in...