Burned at a young age, Aliou grew up with severely limited movement in his right arm. Thanks to his grandmother’s perseverance, their family found Mercy Ships and he received free surgery. See how Aliou’s transformation has opened up a whole new world of possibilities!

Aliou is energetic, affectionate, and persistent. At 5 years old, this boy loves riding bikes, chasing bubbles, and dancing. Aliou is like most little boys — except for one thing.

A fire left the young boy with third-degree burns on his right arm. With limited access to proper medical care, his arm contracted, eventually becoming stuck at a ninety-degree angle. This tragedy brought Aliou excruciating pain and stole his ability to write. For his grandmother, Bintou, seeing her grandson go to school was a priority, but more importantly, she was determined to find healing for him.

“I would not stop,” Bintou said. Everyone else in his life had given up on him, but even when it seemed impossible, Bintou refused to give up hope.

The chilly morning that changed both of their lives started just like any other. Two years ago, Aliou’s village was bustling as everyone prepared for the day — men were getting ready to go out into the fields, and women were making breakfast. That morning, nobody seemed to notice little Aliou, with his blanket, wander outside to sit by the fire, and nobody saw when the blanket caught fire. Fortunately, a neighbor on his way to the fields rescued Aliou, but the little boy had already suffered severe burns to his head, chest, and arm.

Before sunrise, the next morning, Bintou awoke to the sound of a horse cart and a loud knock on her door. When she answered, she saw her son standing there, weeping, with Aliou draped in his arms.

Seeing her son’s despair, she reached for Aliou, taking him into her arms and vowing to do the very best that she could to look after his son. Bintou took the injured boy to the local hospital, where the doctor put ointment on his wounds and wrapped his little arm. The fire had completely burnt away his skin. As the body healed its wounds, Aliou’s arm contracted until he could no longer use it properly.

Surgery remained the only solution. Bintou traveled to a bigger hospital an hour away. However, she soon found out that surgery was out of the question. It was just too expensive, and she did not have the money. What she did have was hope and faith in God.

“I continued to live with the hope that he would be healed,” she said.

One day, she heard exciting news on the radio. An organization called Mercy Ships was coming to the port of Dakar to bring hope and healing to the people of Senegal. Bintou had hope; what she needed was healing. She embarked on the four-hour journey to her nation’s capital to bring her grandson to the hospital ship that would straighten his arm.

The actual surgery was only the first step in Aliou’s journey to healing. After the operation, his newly straightened arm was put in a splint. This outstretched position is essential to the healing process. Additionally, Aliou underwent weeks of physical therapy to rehabilitate the motion in his arm — a critical step to ensure that the work done in the OR would last a lifetime.

When Bintou saw Aliou healed, she was brimming with joy and gratitude.

“Mercy Ships opened the big door to Aliou’s future,” she said. “Only God can pay them back because I cannot—it’s too much.”

Since his discharge, both Bintou and Aliou have returned home to their small village in Senegal, and Bintou has noticed a significant change in her grandson’s abilities.

“Everything he could not do before, he can do now,” she says, “He is living like a normal boy… and soon he will begin school!” 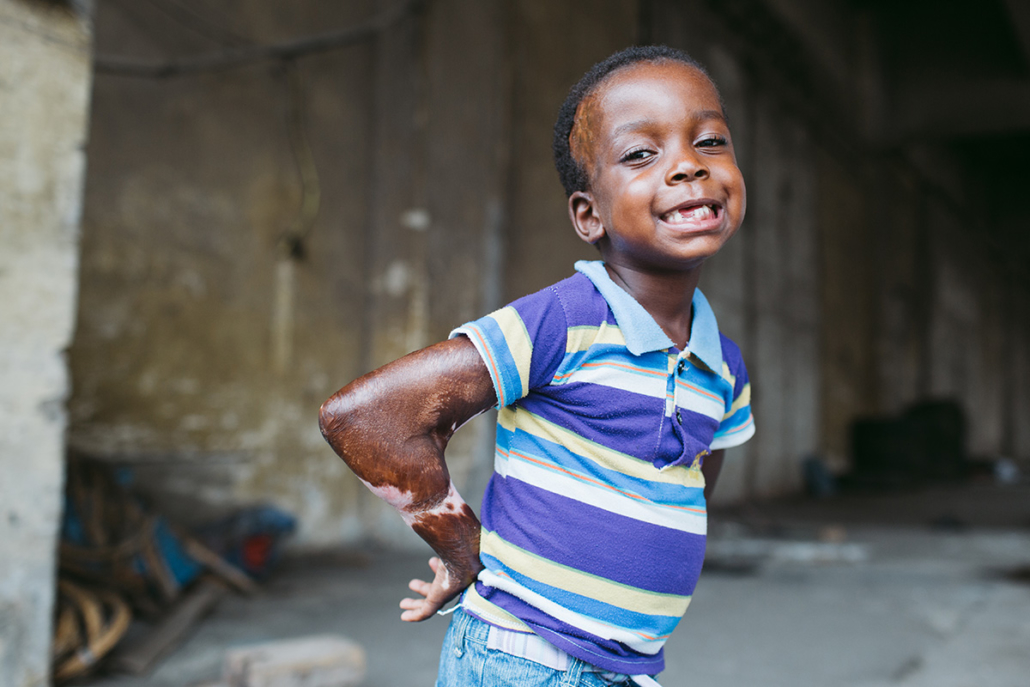 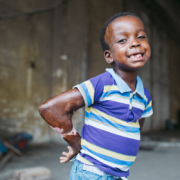 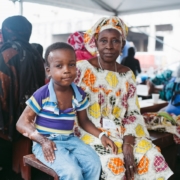 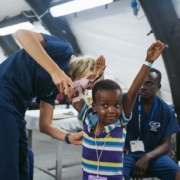 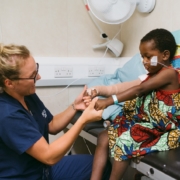 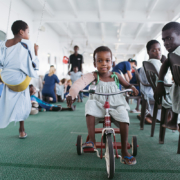 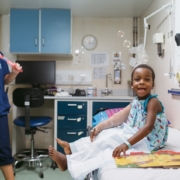 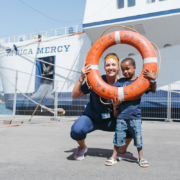 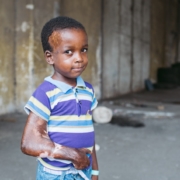 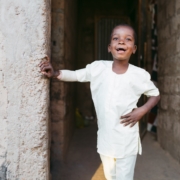