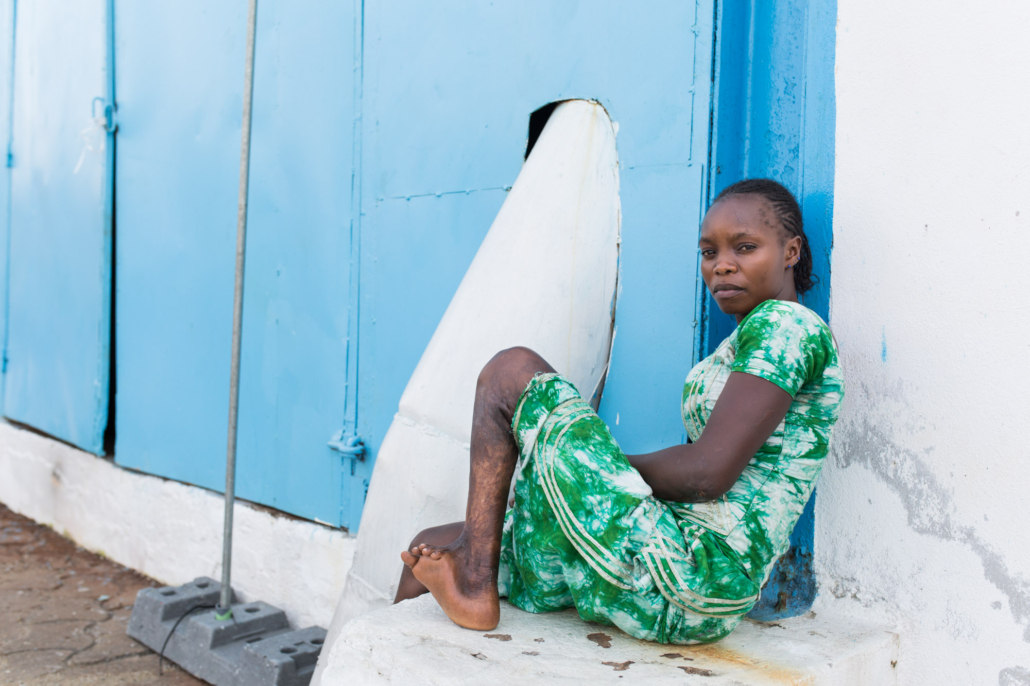 Assiatou leaned forward gingerly, pressing her foot to the ground — heel first, then the sole, until even her toes were flat on the hospital floor. She shuffled forward carefully before a smile broke out across her face. It was only a tiny movement, but for the 18-year-old, it was a step toward healing.

When she was only six months old, Assiatou was left with severe burns after a car accident. Due to the lack of affordable medical care, these burns eventually formed into thick scar tissue. Her left ankle was tightly contracted which left her unable to walk properly. Despite growing up without the mobility to flex her foot, Assiatou learned to adapt by stepping on her heel instead. This limited mobility enabled her to walk to school to pursue her education, but also made traveling exhausting and painful.

Leaving her home meant opening herself to ridicule. She could hear strangers mocking the way she moved. “People weren’t mindful that I could hear them. They would say, ‘Look at that girl. Look at her leg.’” 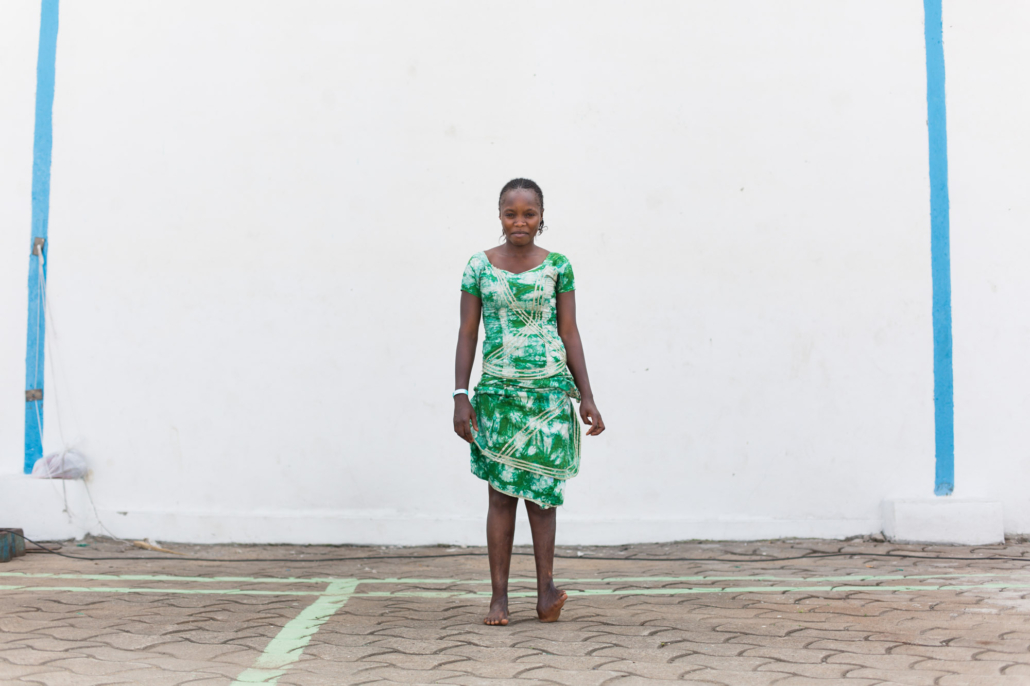 Despite these hardships, Assiatou was determined to continue living her life and found a passion for hairstyling. Her nimble fingers and creativity helped to encourage this passion, but Assiatou believed that her condition would limit her dreams of becoming a professional hairstylist — until she learned of something that would change her life.

Assiatou heard of a hospital ship in Cameroon that had volunteer surgeons who could help her. When she arrived at Mercy Ships, Assiatou felt amazed by the Africa Mercy. She was approved for reconstructive surgery, and ready to begin her journey to healing.

“This is a huge step in my life,” she said. “I never thought this day would happen.” 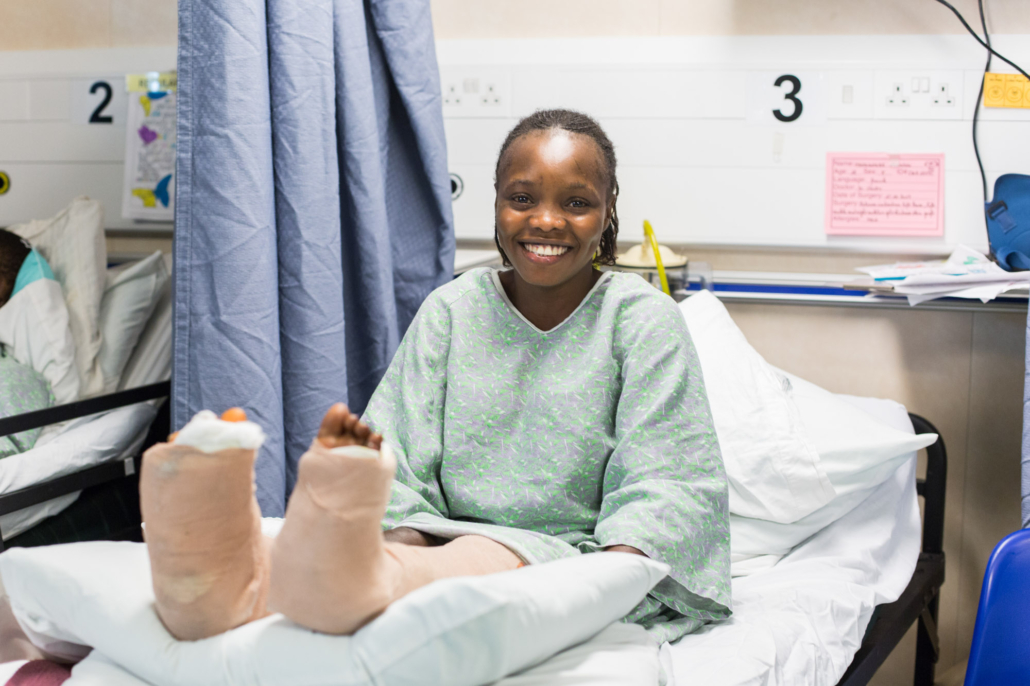 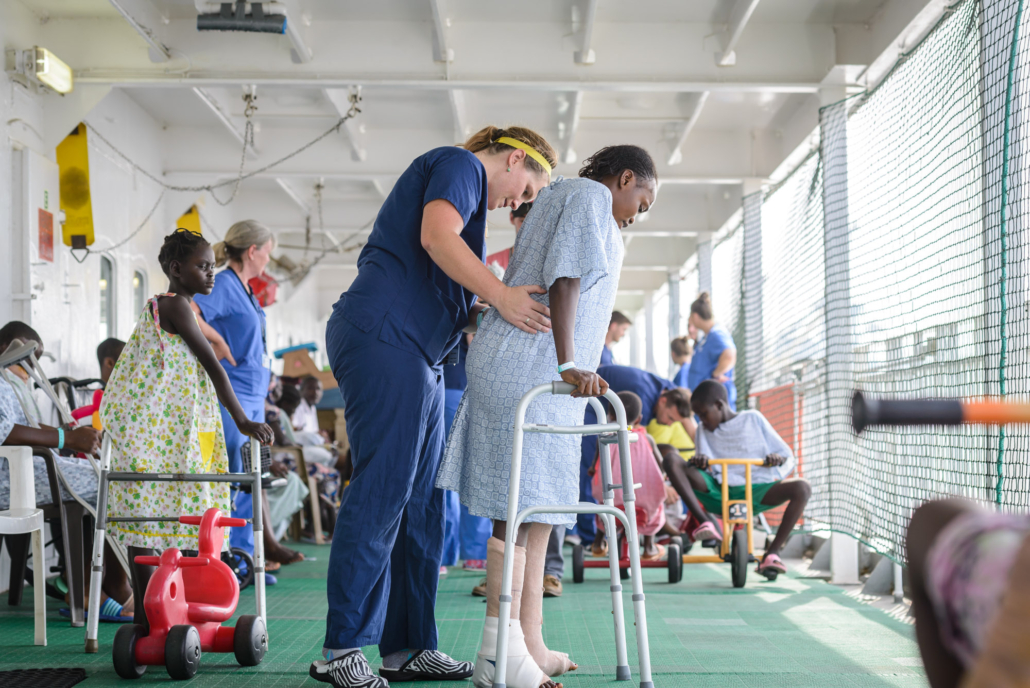 The rehab took months of challenging, and often painful, exercises, and along the way, Assiatou’s determination ebbed and flowed. But, on her very last day of rehab, she walked into the tent wearing something she never thought she could — a pair of tennis shoes.

“When I saw her walk in wearing tennis shoes, I knew she was serious about getting better,” Timica Hawkins, a physical therapist who often worked with Assiatou, said. “She had her hair all done and was wearing a beautiful dress — and tennis shoes. It shows she’s more concerned about her foot than looking good.” 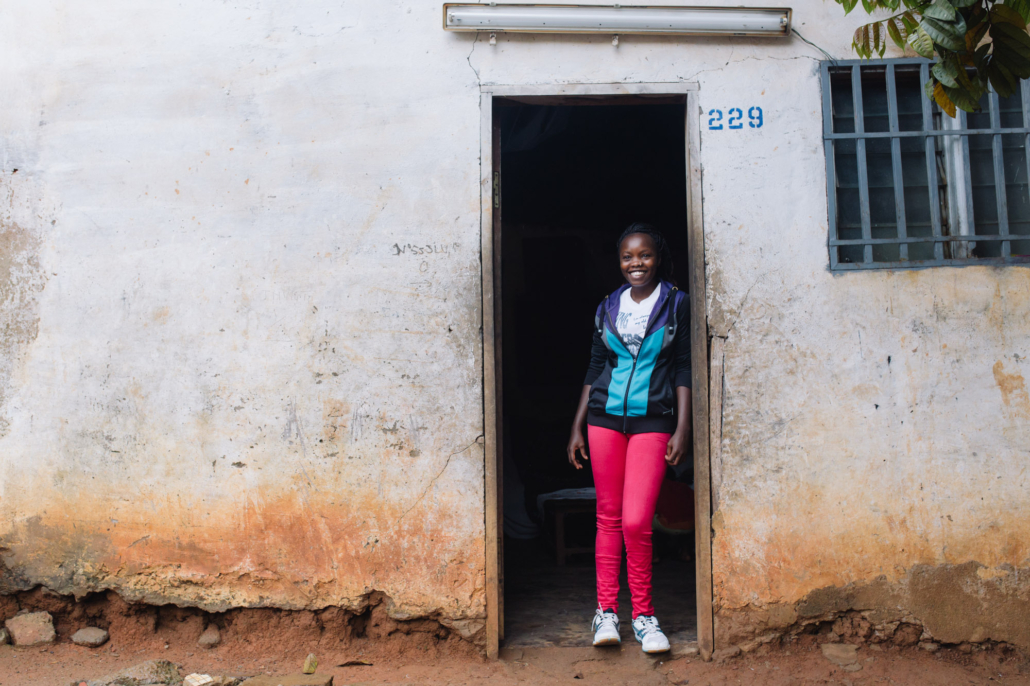 Assiatou in the doorway of her home.

Now, Assiatou is thrilled when she thinks about walking, knowing she will no longer struggle like before. The little things, like shopping in the market or carrying her young son, will be easier than she ever thought possible. The pointed looks and insensitive comments that had made walking in public a painful experience will finally be over. Now at home, she’s able to be on equal footing with everyone else for the first time in her life. She’ll be able to walk with ease and pursue her dreams, however far they lead her. 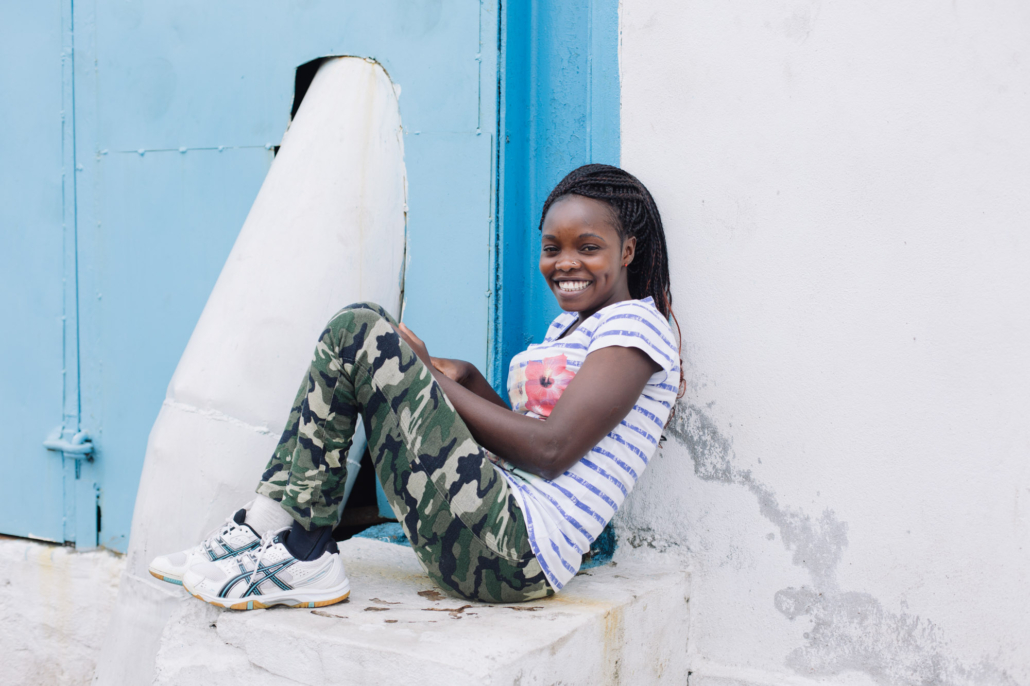 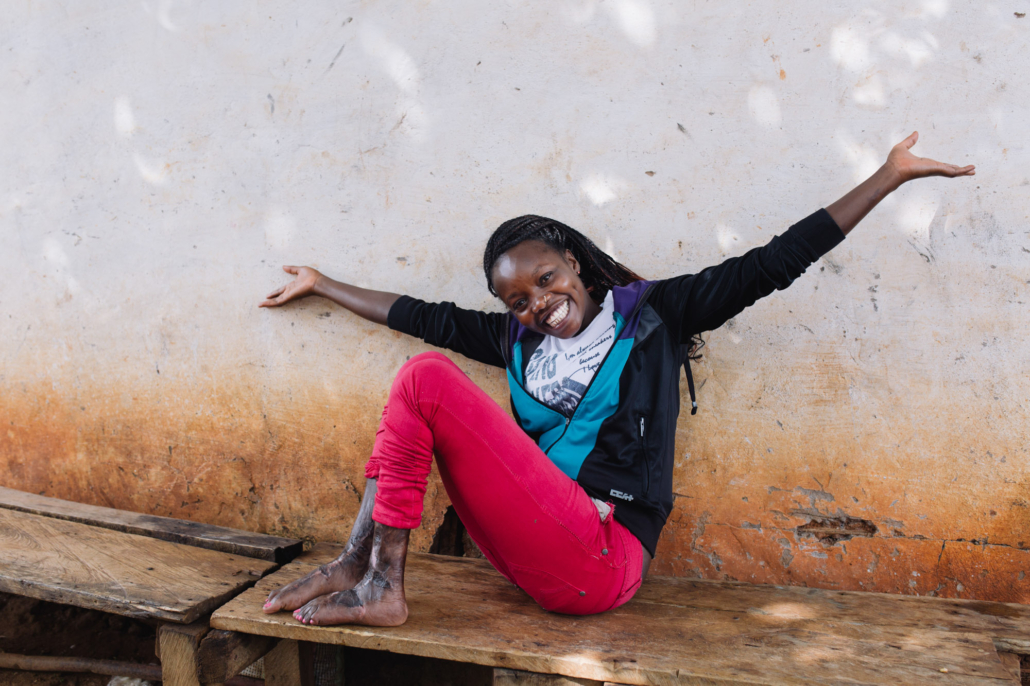 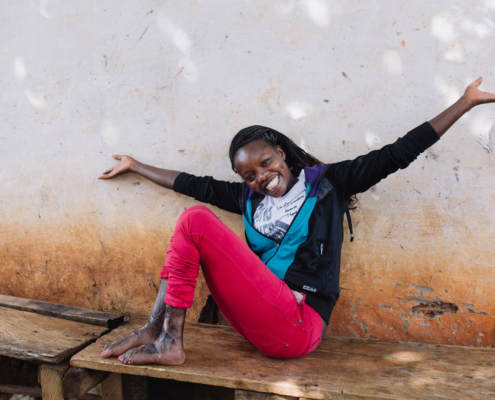 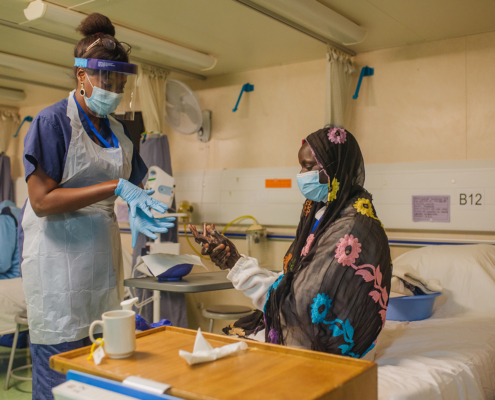 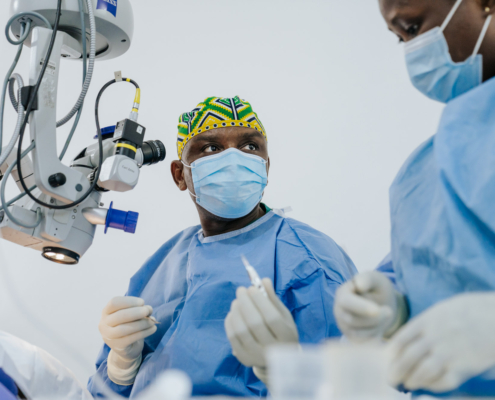